A downloadable game for Windows and Android

Here's a side project especially for October. If this becomes a real thing, I might dress this page up a bit and make it prettier. And give it an actual pitch here.

You are Lucia Ortega. There's a necromancer dude doin' some evil, edgy blood magic and they're set on becoming an unstoppable lich. Infiltrate their fortress and take them out before they become immortal. They've already got an army of constructs crafted from blood magic guarding his place.

PC: WASD or arrow keys to move. Left Click to dash. Your dash doubles as your attack and it is instant. Dash either into or through an enemy to hit them. Don't get dashed through yourself.

Right click to block/parry. When you first press the right click button, if an attack is immediately incoming, you'll parry it and hear a pleasant "ding" as it bounces harmlessly off of your sword. This negates all damage and you suffer no stun or knockback.

If you hold down the right click for too long, your parry goes stale and becomes a block. You'll know this happened when you hear an unpleasant clang and you fall over. You'll negate any damage taken from the attack you block, but you'll be knocked back and left vulnerable as you're stunned for a moment. If you do this in a room full of angry skeletons, they will be very excited for the opportunity to gut you with their swords.

You have enough stamina for three consecutive dashes, represented by the yellow bar, and enough health to get stabbed/diced/slashed/shot/bit/mauled/speared/burnt three times, represented by the red bar. Your stamina will slowly regenerate. Attacking uses stamina, getting hit will exhaust your stamina. Your health will replenish by a small amount every time you slay an enemy.

Each time you're hit, you'll lose all of your stamina, you'll be stunned and will not be able to immediately counter-attack. As soon as you get back up, be ready to parry and/or run while your stamina comes back.

Backspace immediately quits and R is a hard reset to the menu screen. 8 is for memes.

I'm now experimenting with procedural generation because I can't help but get into fads from several years ago. Each dungeon spawns you at the teleporter, and you have to find smaller runes on the floor of the dungeon to re-power the teleporter and get out.

What about my other projects?:

The racing game is...kinda...on hold until I can get some music for it. It's nothing without sick eurobeat jams or some synthwave for the menus and stuff, y'know? 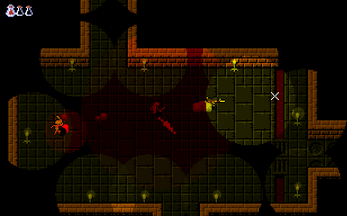 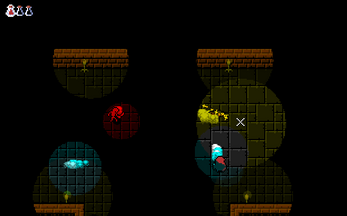 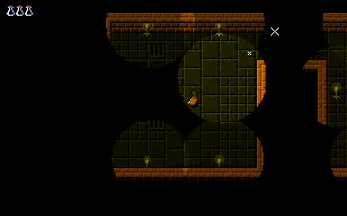 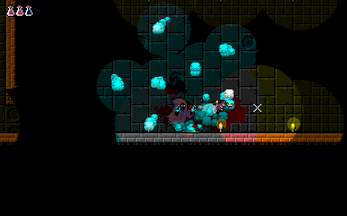 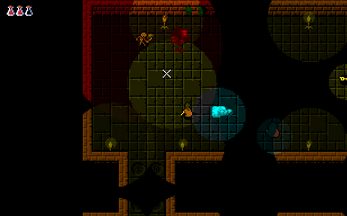 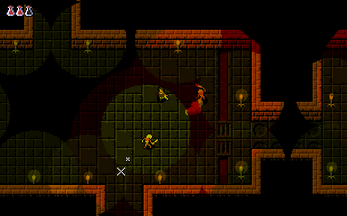 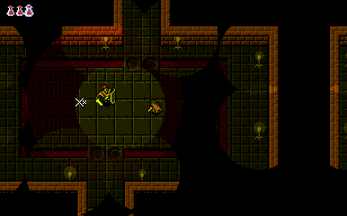 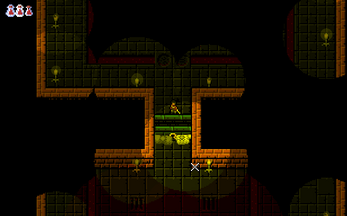 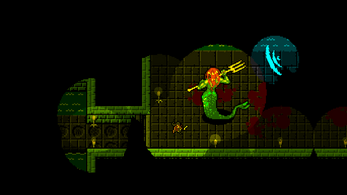